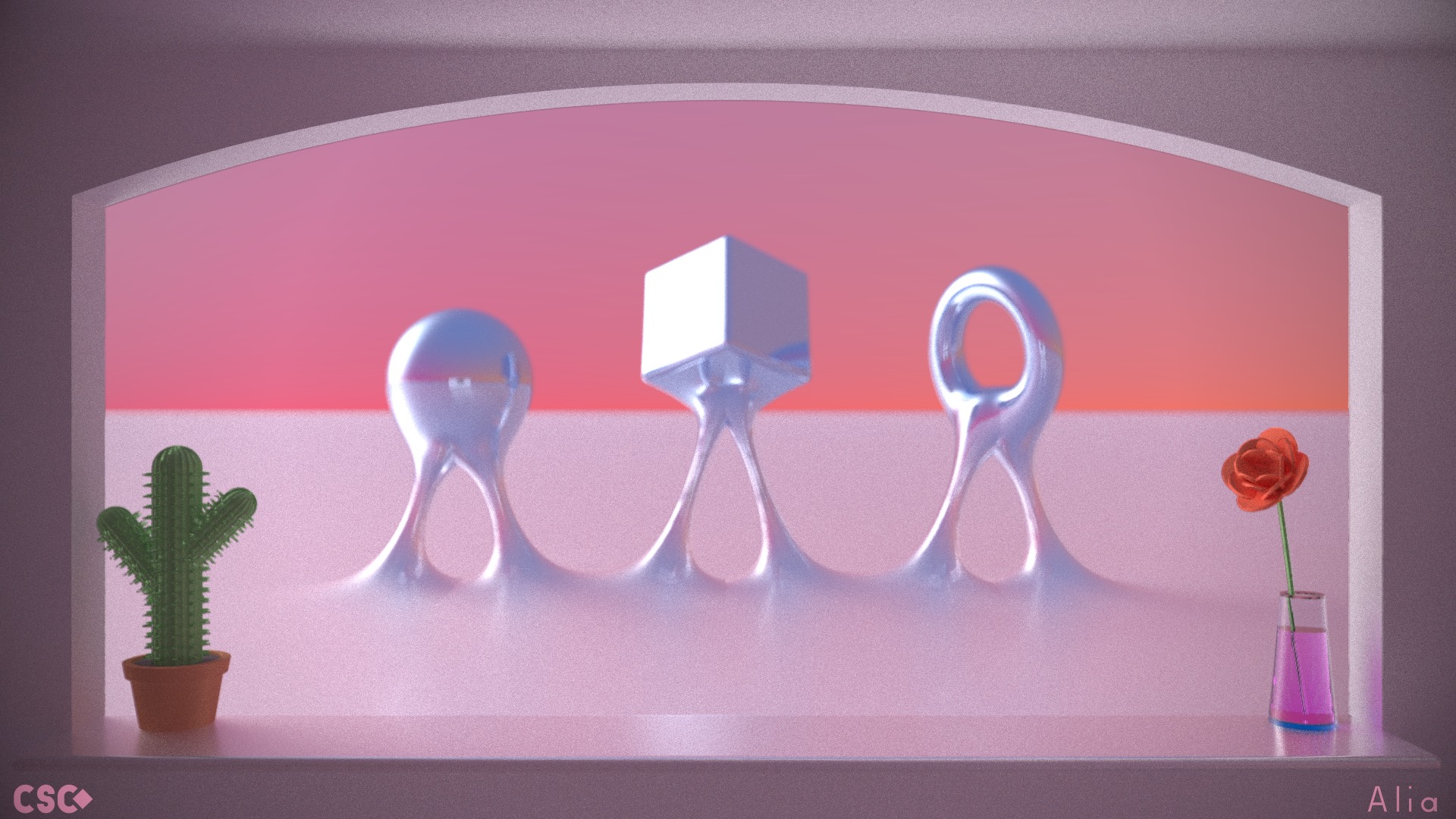 This was my first demoscene release as Alia (but not my first scene release :) so I wanted to make something good. I’m fairly happy with how it worked out.

The general plan was to make something abstract but realistically rendered, with a lot of symbolism. This isn’t something that works well in a demo competition, and it came 11th out of 16 but I want to make interesting art, not win competitions.

The executable is written in PyObjC, a highly unpleasant combination of Python and Objective C. Unfortunately there isn’t a good exe compressor for macOS, and this at least works. That fires up Metal, selects a GPU (it uses an eGPU if one is connected), then runs the shader repeatedly to accumulate samples. It stops and displays the picture when 30 seconds is up (the competition rules state 4KB and 30 seconds max).

The python script is then compressed with gzip, and wrapped in a bash script that unpacks and runs it.