Some time ago I wrote my own live shader editor for Metal shaders - MetalToy, named after ShaderToy, since I wanted something like shadertoy for Metal. It’s basic but very useful - I can edit shaders in any editor (I use Xcode), hit cmd-s to save and MetalToy will update the live preview. 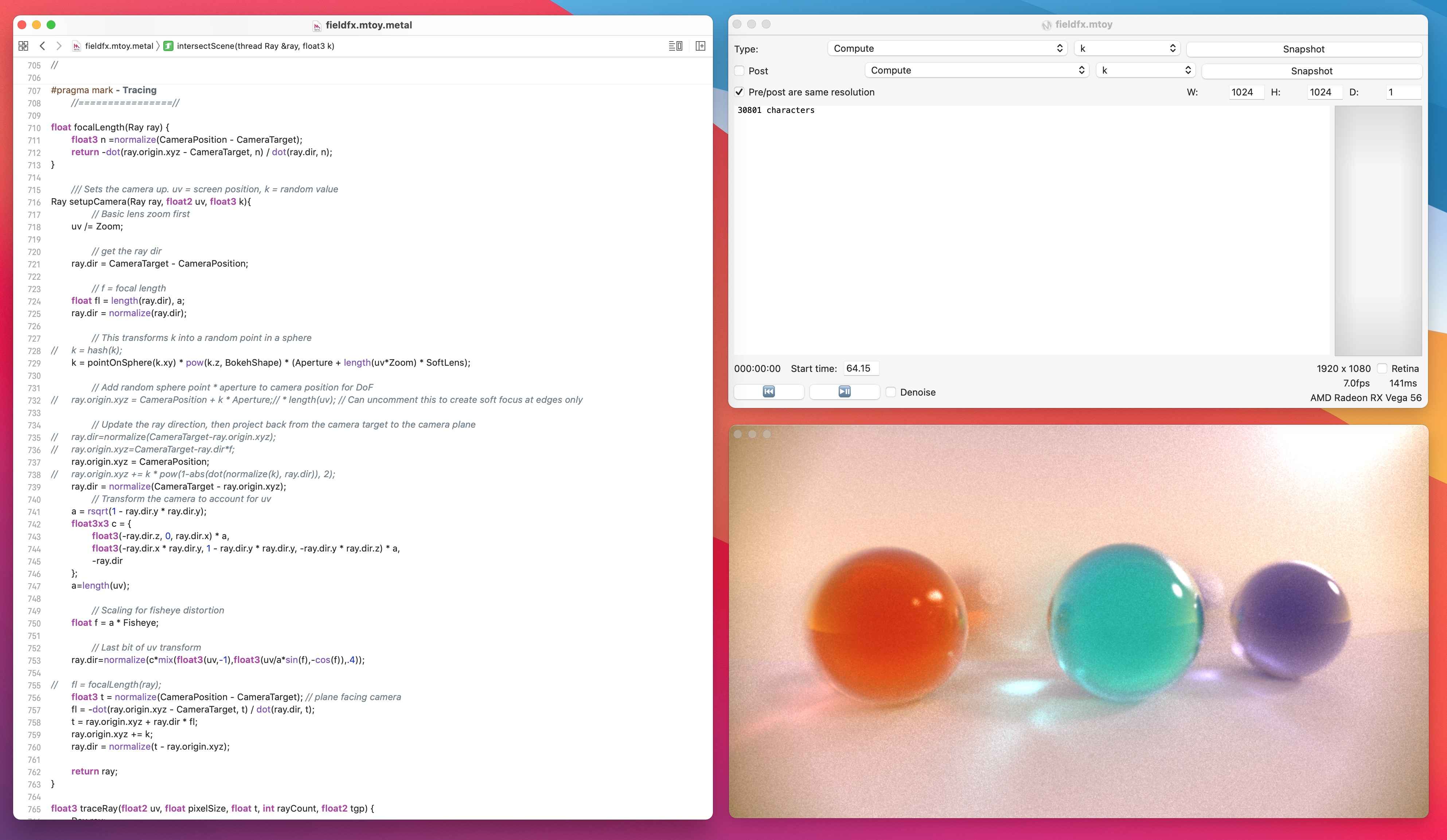 At some point I’ll clean it up and open source it, but here’s something that might be of use to other mac / iOS devs. Yesterday I was trying to fix a bug in a shader, and I thought

It took around 20 minutes to do it :D 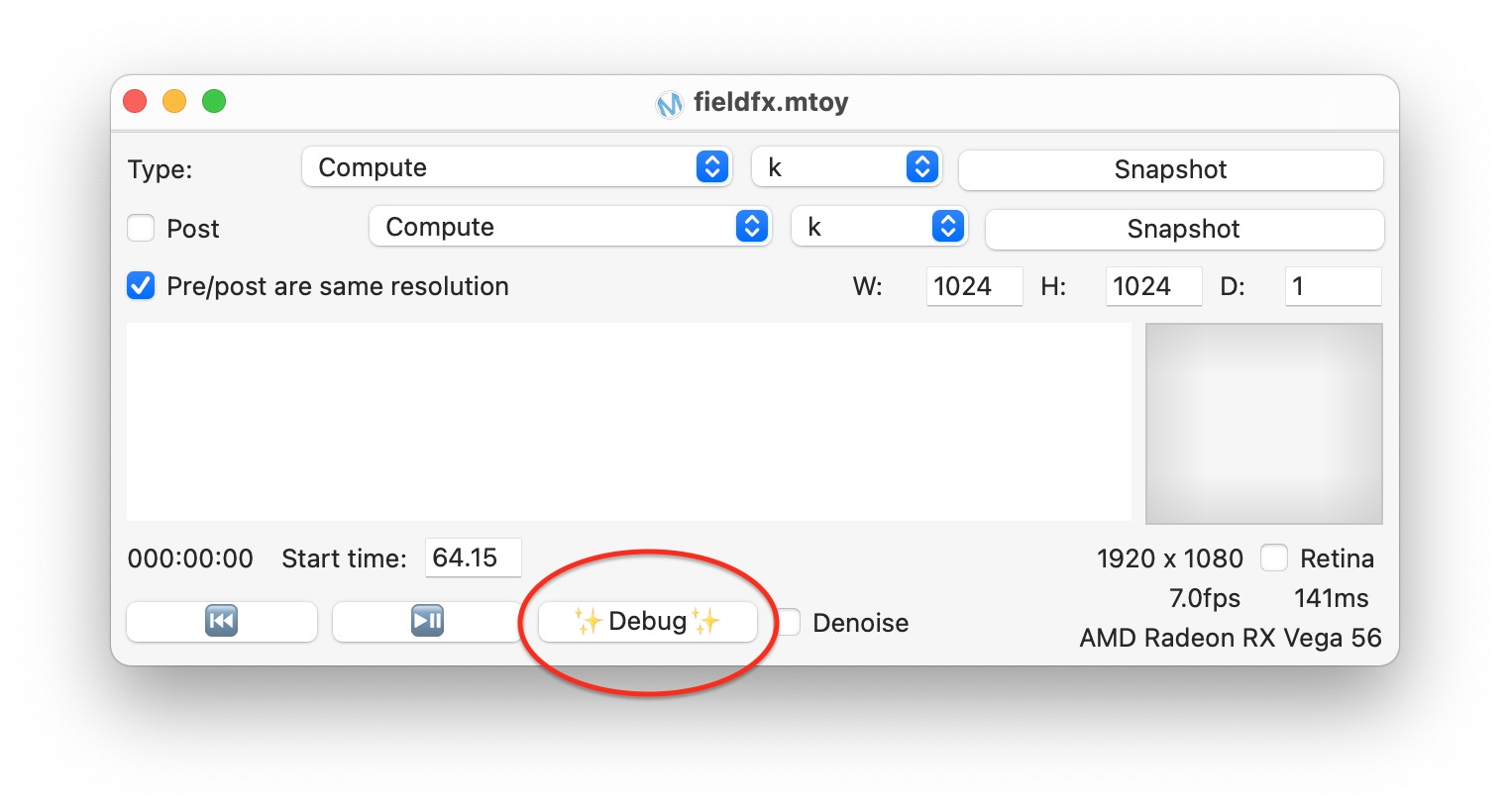 Don’t build your own GPU debugger

Unless you really want to I guess? Xcode already has some amazing GPU debugging and profiling tools built in, and you can simply hit the frame capture button while debugging your app. This only works if you’re debugging it though.

What I needed was a way to run frame capture outside of Xcode. Turns out Apple anticipated this nicely!

For full details, you can see Apple’s documentation here. Since their docs have a habit of, uh, moving, disappearing or not being updated, I’ll document the process here:

In my case I added a ‘Debug’ button. This pauses my MTKView (which just makes things simpler), starts capturing, calls view.draw() and ends. It save a .gputrace (frame capture) file to disk, then asks Xcode to open the file.

That means I can just hit the Debug button at any time in MetalToy and it fires up the full Xcode GPU debugging tools :D 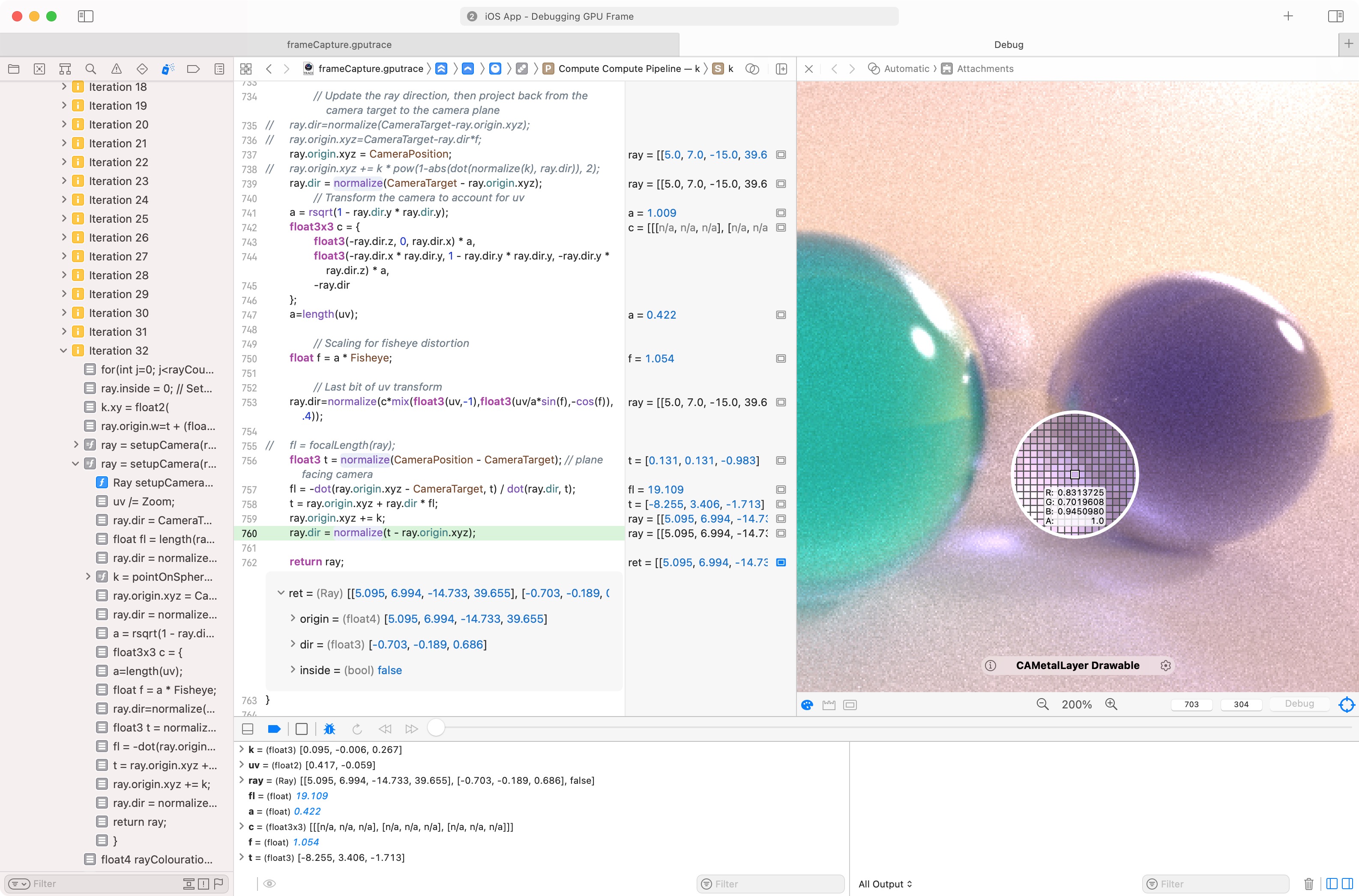 A click of a button, and we have a full shader debugger!

You could also just write the file out and send it to your own server, or ask the customer to email it.

Have a customer who’s seeing an unusual bug you can’t reproduce? Now they can just hit a button, and it’ll send you a frame capture so you can reproduce it instantly.

Here’s what I did - the Debug button just calls this function: